I was super excited when a friend told me about the Winter Carnival in Bryant Park. You see, the host of the kick off was none other than Johnny Weir. I love him. I made my husband go stand in the cold for 2.5 hours to watch the skating event for the lighting of the Christmas Tree because he was a part of it. We could barely see and all I ended up with was a few glimpses and a picture of a red blur. 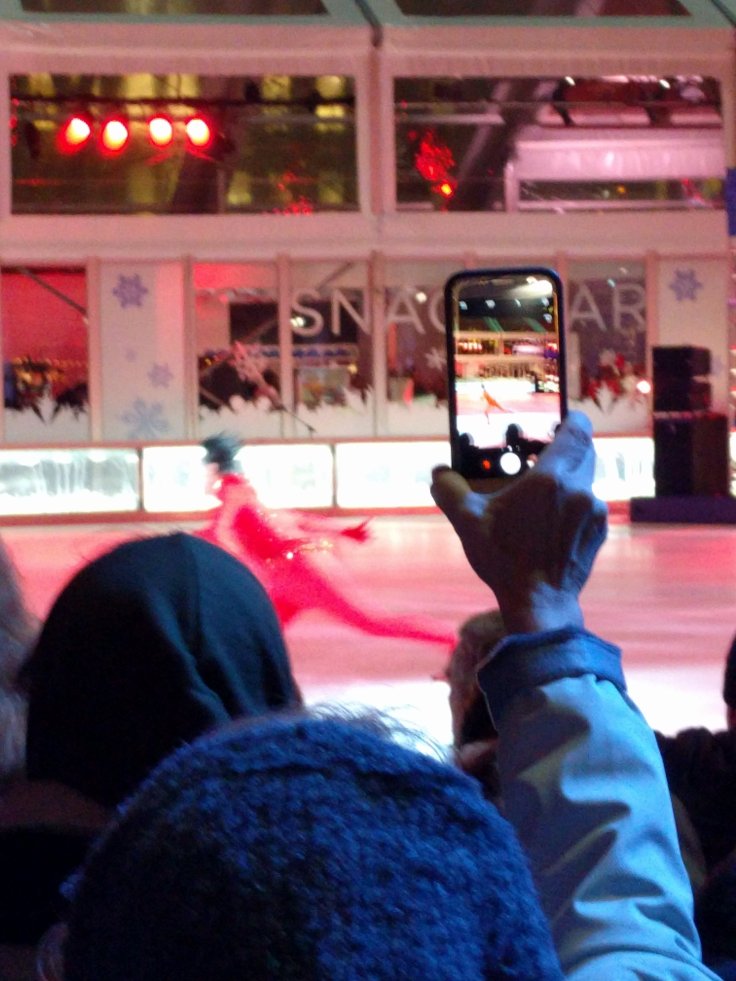 So with no Christmas Tree lighting and the crowds of people that flood New York for Christmas gone I thought this was my chance. So we met after work and at 5:10 walked right up front and even found chairs for the show. No one in front of me for once! I was able to hear and more importantly SEE Johnny Weir skate.

My Grandmother, my dear sweet Nani loved figure skating. During the Olympics I would spend the night at her house and we would watch as much of the figure skating together as we could. It was her favorite and she helped make it mine.

Johnny became a favorite throughout the years. Even after her passing I would watch the skating. He slowly became more showy and fabulous. He came out. He had a reality show that I watched. He is quirky and sweet with his bestie Tara Lipinski. I follow him and Tara on Instagram. I’m a fan.

Back to the show….I was right up front. Johnny was a great host. He was there for a Special Olympics kick off. There were 4 skaters that were participating in the show. One of the guys used the theme song to Up! Which was the same song I used to walk down the isle to for my wedding. It was a magical night. Johnny talked to the crowd and I was able to see him fan girl close!

He skated past me a few times so close I could have reached out and touched him.

At long last he came out to skate. It was to a Radiohead song Creep done as a cover. It was beautiful and made my night!

After waiting out in the cold we decided to end the night with beers and BBQ. Friends had suggested a place in Harlem. Off we went to go try Dinosaur BBQ and it sealed the night with yummy flavors. We tried a little of everything. The Cajun deviled eggs, the BBQ brisket & pulled pork, and ended things with a slice of sweet potato pecan pie.

Our nights in New York are magical it’s becoming a frequent story of mine. So I’ll have to come up with new descriptions. I’ll keep my thesaurus handy. 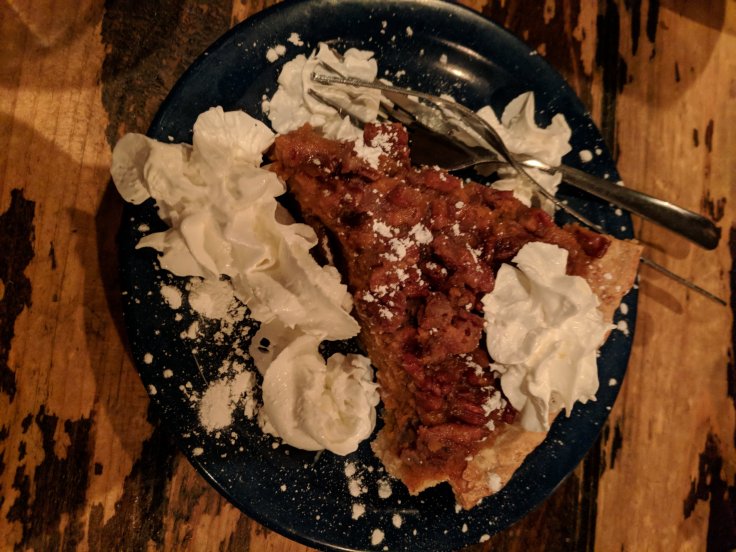